What is an Infrared Security Camera?

Infrared security cameras have built-in IR LEDs (light-emitting diodes) positioned around the lens. When an infrared camera detects low light conditions, it switches on these IR LEDs. Infrared light from the LEDs illuminates the objects in the camera’s Field of View. The objects reflect back some infrared light. The camera captures this reflected infrared light and produces black and white (monochrome) images.

Most of the infrared security cameras available today are dual-purpose cameras. They produce color video during daytime and also at night if the lighting is sufficient. However, when it is dark, they switch to the infrared mode and capture black and white video.

Is Day/Night Camera another name for an Infrared Camera?

Day/night cameras are not the same as infrared cameras. Day/night cameras have sensitive sensors that can capture color images even in low light. Whereas, the infrared surveillance cameras use infrared light to capture monochrome images in very low light or total darkness. 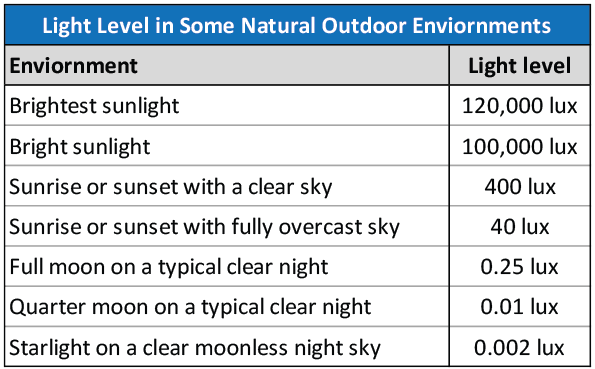 Nowadays, many surveillance cameras capture color images at light levels of 0.01 lux which corresponds to moonlight conditions. Since these cameras can capture video in daylight, as well as in dim nightlight, people call them day/night cameras.

The day/night cameras, however, cannot capture images if the lighting is lower than their rated light threshold. For example, a day/night camera with a rating of 0.01 lux gives an unusable video in total darkness (“0” lux). The same camera will, however, produce an acceptable monochrome video if IR light illuminates the scene.

What are the different types of Infrared Security Cameras?

Infrared security cameras are available in various shapes and coverage ranges. For example, both dome and bullet style IR cameras are available in the market. Similarly, some IR cameras are for indoor use, while others are suitable for outdoor installation as well. The outdoor models are weatherproof and some of them have impact-resistant ratings. You can also find IR security cameras with several infrared ranges from 20 to 70 meters.

However, 850nm infrared LEDs produce a faint red glow. For some applications, like covert surveillance, this is not acceptable. For secret surveillance, many companies make 940nm IR LED cameras. The 940nm IR LEDs do not produce any light visible to the human eye. However, there is a downside. The range of 940nm infrared is around 40% shorter than that of similar 850nm IR cameras. 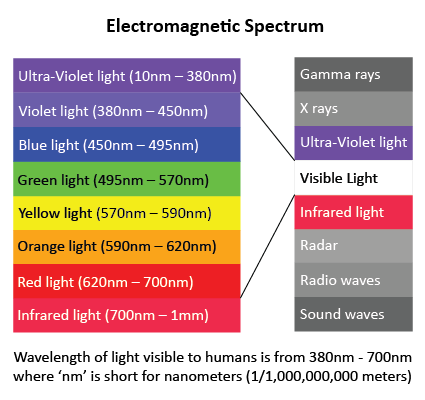 The warmer the object, the more infrared light it emits. FLIR cameras have an array of inbuilt sensors to detect these infrared emissions. They produce a colored thermal image based on this infrared detection. People use surveillance cameras with FLIR technology, in industrial settings or for safety, health or for perimeter security.

Many installers place Infrared CCTV cameras behind glass windows or doors, for outside surveillance. The glass reflects infrared light into the camera lens resulting in surveillance video with “IR haze”. A similar problem occurs with Infrared CCTV cameras installed near the corners or close to the ceiling. The solution is to replace the indoor IR cameras installed behind glass windows/doors with outdoor IR cameras. Similarly, you should avoid fixing IR security cameras close to a wall or ceiling. Instead, choose a location that produces a minimum reflection. Shielding the lens also works in some situations.

Whiting Out of Images

At many locations, if a moving subject comes close to an IR camera, the image of the face whites out. Over-exposure of the person with IR light produces this whiting out effect. For example, a camera with an IR range of 30 meters may whiten out a subject’s face at 5 meters. For such locations, if you install cameras with 15 meters IR range, the whiting out effect will be minimal. However, a camera with 15 meters IR range will produce very dark video footage of the subject at 30 meters. Therefore, to achieve proper coverage up to 30 meters you will need to install a second IR camera.

Nowadays, another solution to the whiting out effect is also available. Some manufacturers have come out with security cameras with the Smart IR feature. Cameras with Smart IR self-adjust the intensity of infrared LEDs according to the subject’s distance from the camera. Due to this self-adjustment, the camera captures clear images. The video appears neither washed out at a close range nor is it too dark at longer distances.

Flying bugs are a problem for many IR cameras at outdoor locations where there are many plants and trees. The red glow given out by the 850nm IR cameras attracts flying insects. These bugs sometimes cause false alarms in IR cameras configured for motion detection recording. You can resolve this problem by using 940nm IR cameras. The 940nm IR CCTV cameras do not give out any infrared glow and hence do not attract insects.